Regardless of what we’ve been told, we do judge a book by its cover; at least initially.

Right or wrong, this isn’t much different than what humans have been doing to some degree for thousands of years. Every day, minute-by-minute, we make countless impressions on others, all while simultaneously being judged by them and doing the same in return.

Whether it is a fleeting glance, noticing an unkempt appearance, perceiving a social media post not as it is, but rather as a reflection of our own emotions or biases; or even simply reacting to the vocal tone someone else is using while giving a lecture.

We judge others when we should learning more about thoughtfully observing them.

Many people who consider themselves as enlightened, educated, or “woke” may scoff at this, but they too make numerous judgments throughout their days and are just as guilty. Pre-pandemic, you may have gone to the movie theater and chosen a seat not just by its location but also based on who was occupying the space around you.

The choices you make when hiring someone, or even marrying someone are also based on a variety of judgments and predictions.

If this didn’t happen, there would be few among us who have ever uttered some derivation of the following phrases:

Of course, we all know there are countless issues with the fact that we make judgments, especially when they become our default as opposed to making thoughtful observations about someone or something.

What can be helpful, especially when it comes to our evaluation of others, is the skill of building rapport.

Building rapport isn’t about being warm and fuzzy. It’s the very skill of seeking to genuinely understand someone else as opposed to assuming you have the slightest clue as to what they want, value, or think to begin with.

The willingness and ability to build rapport is the sign that you are someone who, even if lacking a bit in the interpersonal skills department, at least has the desire to become a stronger communicator.

And that is where the journey to becoming a more effective leader begins. 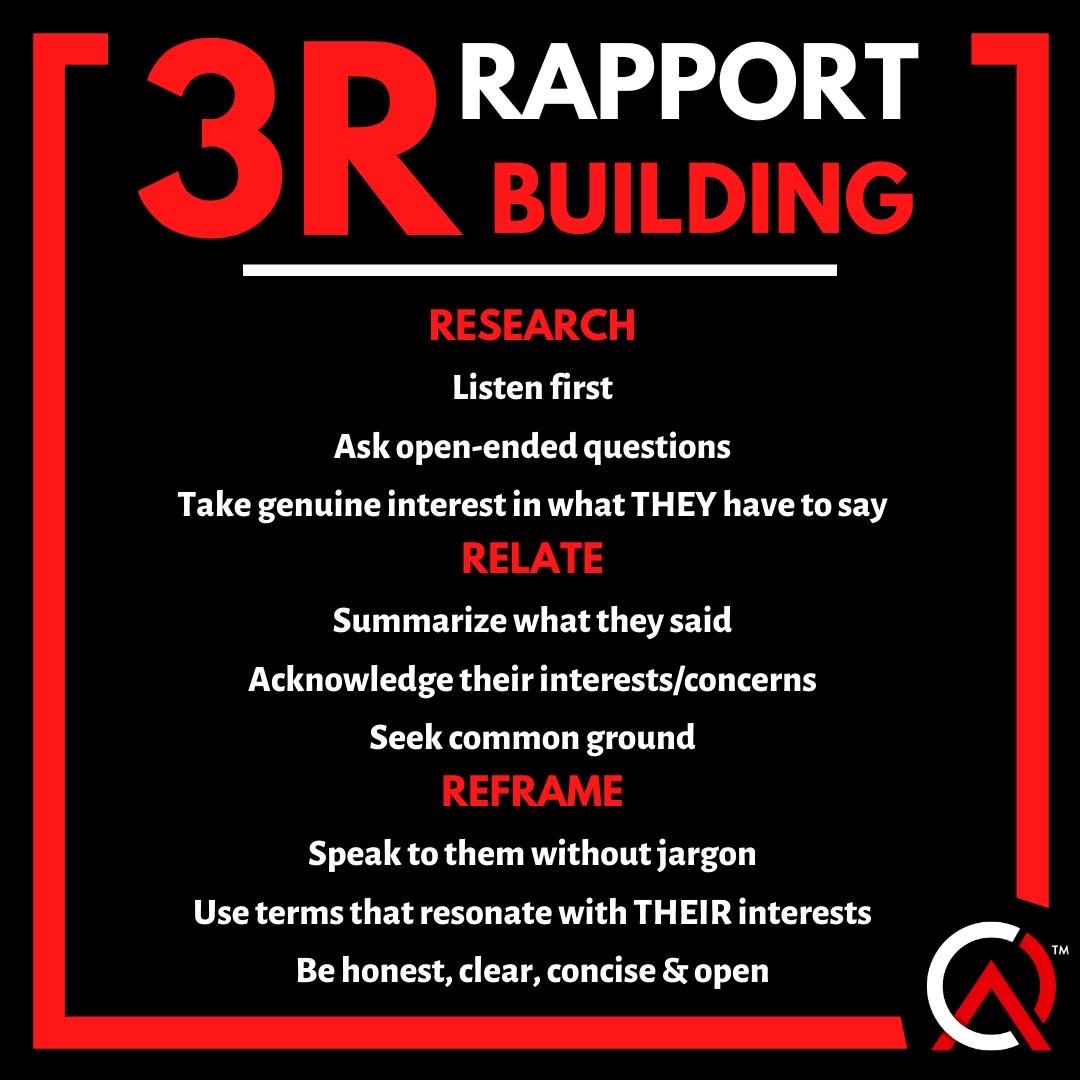